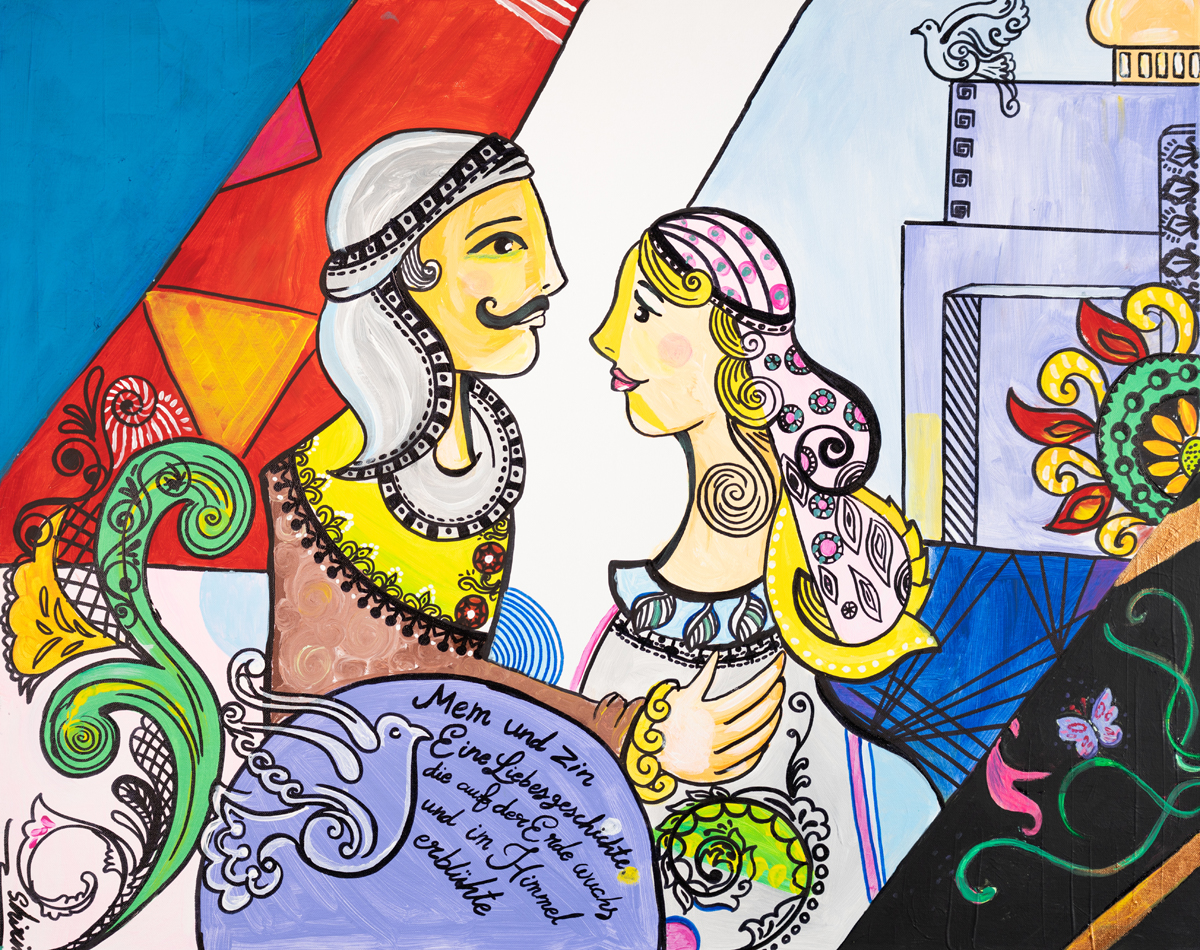 Shirin was born in Syria in 1990. She studied drawing and fashion design in Aleppo (Syria) and got a job as a teacher. From 2015-2016 she lived in Urfa in Turkey and also worked there as a teacher. Shirin Albozan was also involved in several exhibitions in Turkey and designed murals in schools and kindergartens. She speaks Kurdish and Arabic.

In 2016 she moved to Austria. In Austria, Shirin Albozan primarily wants to further develop her artistic work.

Mem û Zîn is a representation of one of the most important stories of Kurdish literature. It tells the story of two lovers from differents clans: Mem, from the Alan clan who falls in love with Zin, oft he Botan clan. Her love is blocked by Bakr, from the Bakran clan who is jealous oft he relationship. Mem is killed by Bakr. When Zin recieves the news, she collapses and dies at his lover’s grave.

A friend of Mem kills Bakr and he is buried next to Mem and Zin grave’s, because the last instructions that Zin gave were: „i want him to witness our love, bury him next to me and Mem“. A thorn bush grew due to Bakr’s blood separating the lovers grave, separating them even in death.