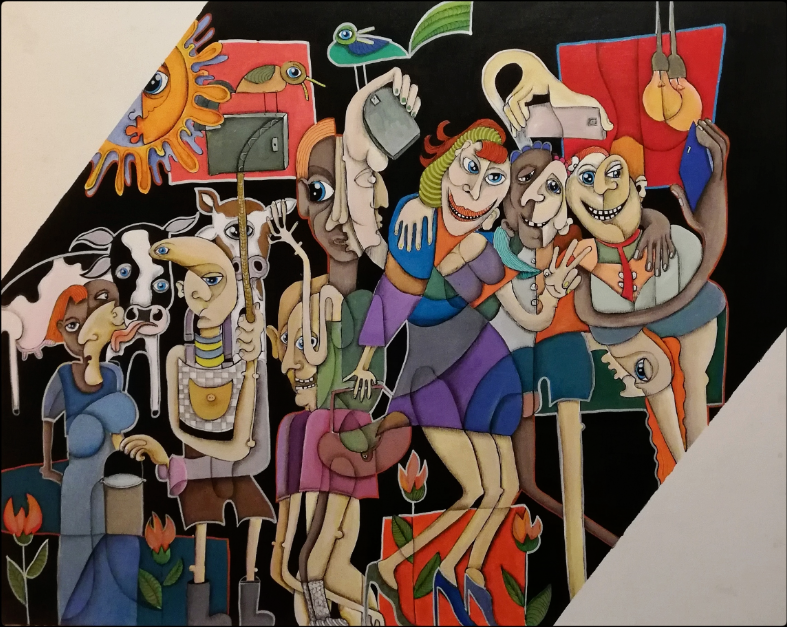 The biggest topic of our time is borders!

Who would have thought that?

We were already on the way to borderlessness, we drove through Europe without border controls, borders fell and at the same time the triumphal march of the borderless market began! Globalisation, world trade, financial flows. And then, for the time being, the biggest milestone on this road to borderlessness, the Internet! Boundless data that jump across all borders in real time, boundless freedom in virtual space. Should an old dream of mankind still come true? A life without borders? What happens on the Internet also happens in the analogue world of flesh and blood! Where there were no boundaries of decency, there is sheer barbarism. In fact, we now clearly see where it leads when borders fall. With them fall also taboos and values. The boundless economy and its dream of boundless progress create a boundless environmental catastrophe. Boundless fundamentalists and politicians create boundless streams of refugees that bring with them boundless misery. No wonder that the call for borders becomes loud again! But in the background of the original thinking was a single deep truth that affects all border crossers! The knowledge of the border that death sets!

Isabella Steindl (nee Haberl) was born in Leoben, Austria on the 22.03.1981. She is a single parent with two wonderful children and lives in the Styria capital of GRAZ since 2011.She went to school in upper Styria and finished her first profession in the catering business. Later she studied dance therapy and this laid the foundation to her next career in the social field. Between 2002 and 2005 she used her maternity leave to finish her high school diploma going on to study at GRAZ University. In 2014 her second child was born. In this time she discovered the world of colours and started painting and drawing using oil, acryl, graphite and water colours. In the spring of 2015 she went public with her works under the name of Isabella Von Freienstein and was an immediate success. She was nominated for the Kitz and Palmar awards and received the international art prize Australias Artmate International also the Michael Angelo prize in Palazzo Cardinal Cesi in Rome. She was interviewed by and featured in many international art publications such as Art Illustrated Art and Craft magazine and many other’s. Her work is autobiographical and self reflective and has great detail in figurative depiction but also leaves room for interpretation. The borders between reality and abstract art mingle and the free space within is open to dialogue. The perception of the sexes is questioned and men become women and vice versa, creating almost hermaphrodite figures that are daring and strong. Another characteristic of her art is the complex linearity that is always in motion and extremely dynamic.