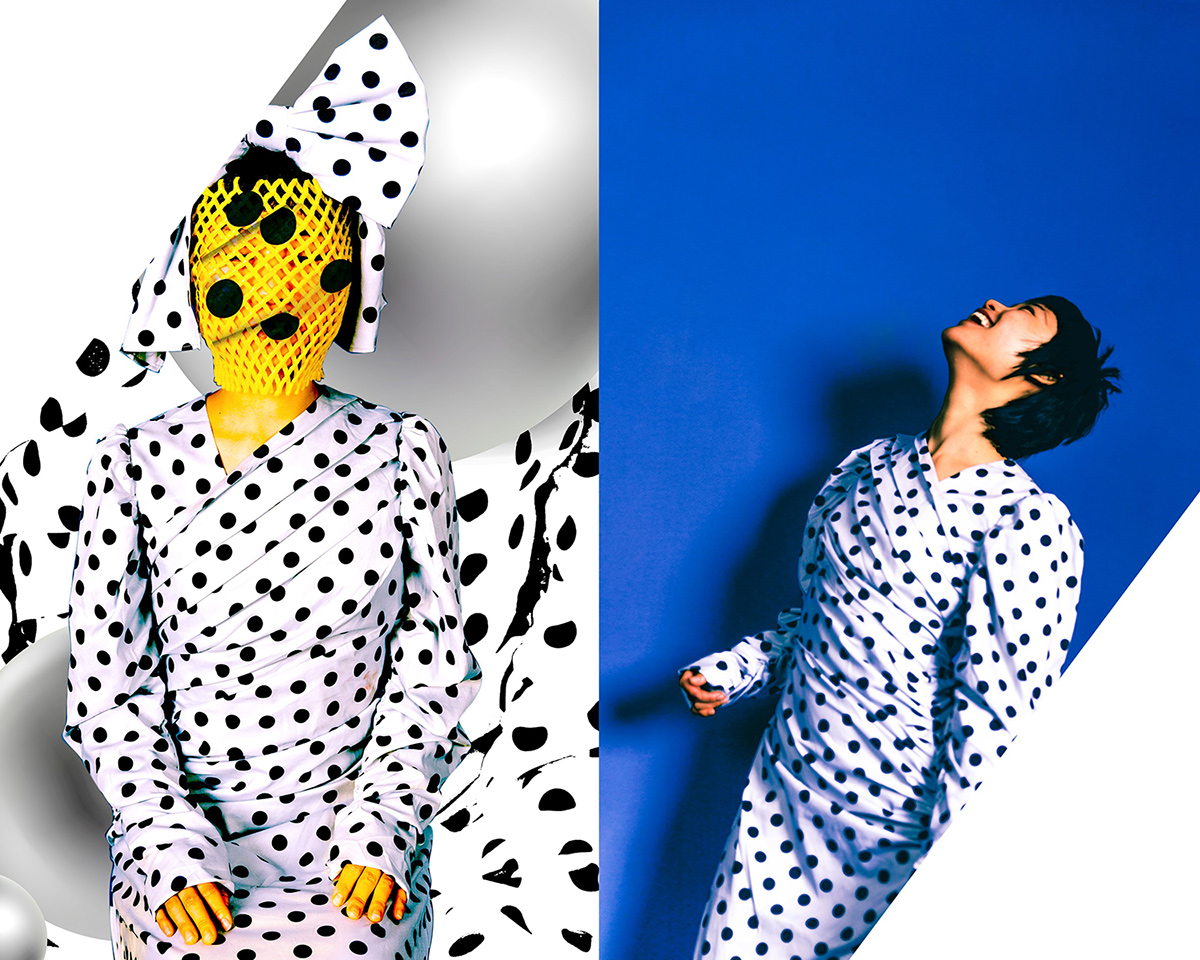 Christina Yang is a Chinese photographer, art director based in Shanghai and Melbourne. She got in touch with photography at a very young age. Specialised in Fashion Photography and Portrait, she is trying to visualise her understanding of the beauty of fashion and human beings. Besides, she is a big fan of the oriental aesthetics. Inspired by the strong colour, light and shadow from the oriental opera, her visions are strong and colourful. At her current stage, Christina keeps practising her photography skills and exploring the oriental aesthetics in a contemporary way.

‘Fear from Homogenisation’ is a project to explore the relationship between human beings and nowadays social-media environment. This concept reveals a fact that, in social media generation, the aesthetics, value and thinking of a large group of people is led in a great extent by the influencers on the social media. Hereby, more and more people dress, think and talk in the same way. This kind of homogenisation reduces the variety of individualities and people’s independent ability to think and feel about their surroundings. In terms of this social homogenisation, my fear, my anxiety from being homogenised unconsciously is expressed in this group of works. I use photographs as the main media and to communicate the sense of fear and my insecurity, I re-edit the photos by moving different parts around to create a chaotic image. In addition, to showcasing the Homogenisation, inspired by Yayoi Kusama, polka dots are represented to describe the sameness, repetition and endlessness of the homogenisation.