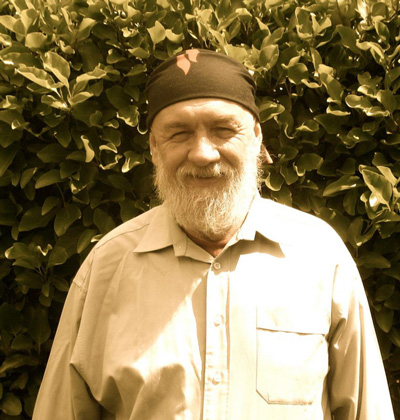 “When I worked in London as a musician in the early seventies I encountered a lot of migrant Irish workers in the pubs an clubs where the band played. This painting is based on an early morning scene in a cafe in Camden Town where Irish navvies used to meet at 6.30 AM and wait for a pick up to go to a site. Sometimes this would happen sometimes not. One morning I met four lads from County Clare that were regulars in there. I was only twenty years old at the time, so these men looked old to me but were probably only in their early forties. They were huge big men, their movements were slow and awkward. They seemed out of place in the city – big men from West Clare who had leaned into the wind on the Cliffs of Moher and who had felt the surf spray on their faces as they walked through Lahinch. Now they were waiting to go to a building site in the Big Smoke.

The cafe owner was a Londoner and he had a young lad from Pakistan cleaning and serving tables. He was almost casually racist, calling the Irish lads as Paddy and Mick, and if he really liked you, you were Pat. He referred to his helper as My little Pakie Bastard and had a sign in the window stating „No Irish need apply“. I asked the Navvies what they thought of it all. They said they were used to him and didn’t give a shite, but one of them leaned over to me and whispered „He got a right trimming over in Cricklewood one night outside the Crown.“

Ronnie Fitzgerald is a freelance visual artist from Clonmel, Ireland. He exhibits regularly and has had a number of solo shows as well as taken part in group exhibitions. He has been commissioned in both the public and private sectors, and has worked in public and private collections throughout the world.