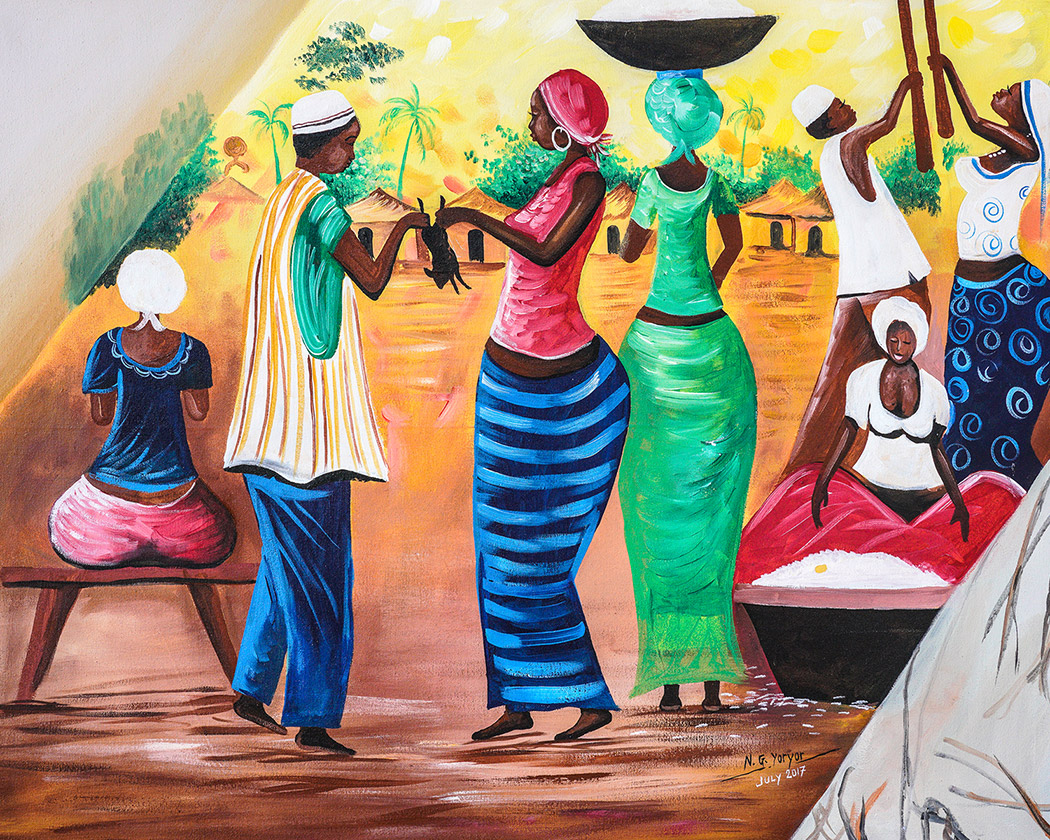 ”In Kolahun Lofa County, it is customary that families join on most holidays to cook together.
This painting depicts a scenario where my family joins with other villagers to prepare food for my country Liberia’s Independence Day celebrations.”

Surprisingly, his art career started as early as his elementary school days. Before he was promoted to 6th grade he had already started making good sketches. His peers and teachers admired his works a lot. Yoryor was good at pencil sketches and creating greeting cards.

No sooner had his elementary school days ended, civil war broke out and disrupted everything in Liberia.

As peace got gradually restored, Ndorbor started arts again. He was brought up by some mentors who contributed to his successful career today.

At present Yoryor paints in all mediums. He is presently the President of the Union of Liberian Artists.