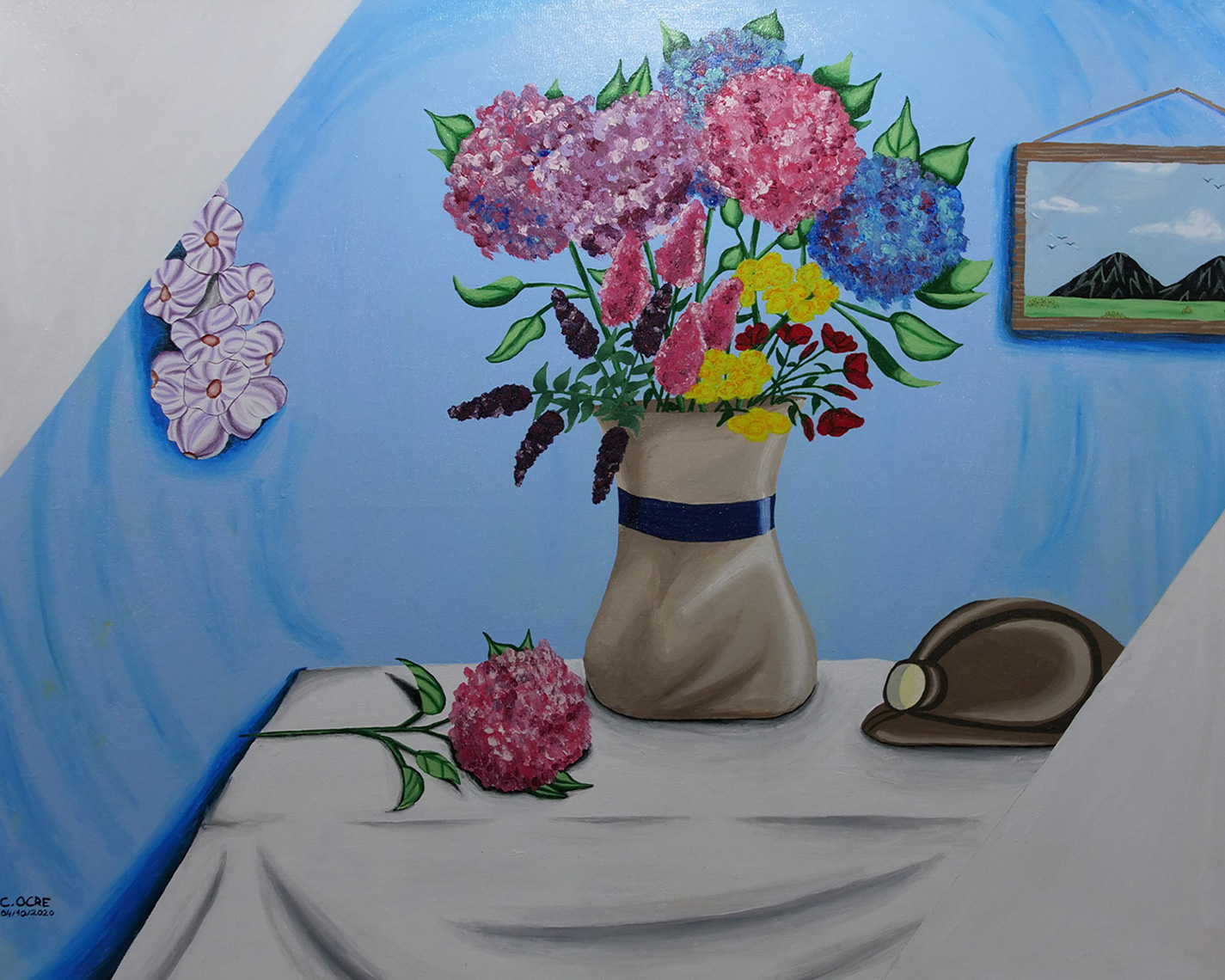 I am originally from Pas-de-Calais in northern France, and live in Grenay, a small town. I started drawing when I was about 13 years old and a passion became something I wanted to make it my job so I graduated in design and applied arts. After obtaining this degree I started a training in plastic arts at the University of Valenciennes in order to be able to do animation cinema. I was able to carry out less academic projects such as the creation of murals for the city of Grenay with the fantastic artist Jim McKee (also participating in the project).

The painting I created, and that I consider my first real painting, is a tribute to and memory of the heritage of Northern France thanks to symbolic elements such as flowers that can be found at the foot of the spoil heaps. Spoil heaps represented by the twin spoil heaps of Loos-en-Gohelle considered as the tallest in Europe and Unesco World Heritage. It is also a tribute to the miners and their history that I created this painting to not forget and remember our past and to be proud of it.