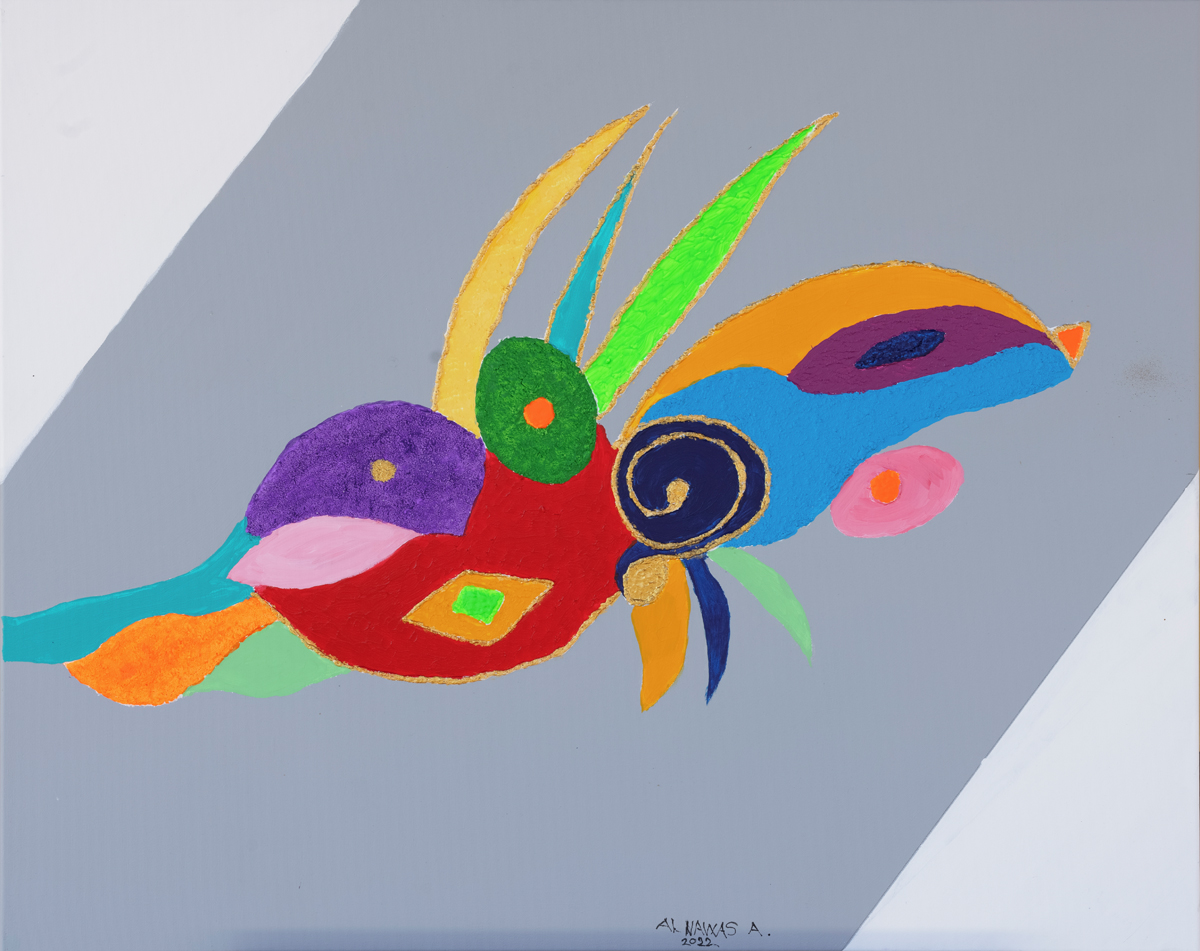 The Iraqi-Slovenian painter Arkan Al Nawas began his artistic career in his home country of Iraq, where he worked in various fields of art, from designing different materials to painting and designing in Arabic script. Since his school days in Iraq, he has exhibited his artwork, for which he has received high awards.

He continues to exhibit his works in Slovenia, among other countries, where he has had several solo and group exhibitions. He has participated in national and international art colonies and exhibitions and has organised and led interesting art workshops as part of the “Diwan Society for Culture and Art”.

He was born in Thi Kar in the south of Iraq, where he completed secondary school. He then continued his studies in Slovenia at the University of Ljubljana, graduating in 1979 with a bachelor’s degree in landscape architecture. After graduating, he founded his own landscape design and ornamental plant sales company in Ljubljana.

In 2011, he founded a gallery and the “Diwan Association for Culture and Art”, whose activities focus mainly on culture and art. Since its foundation, the association has organised more than 152 cultural events and meetings, which have been reported in various media in Slovenia and abroad. He is also the president of the above-mentioned cultural association, which is a cultural bridge between different nations.

“With a variety of shapes and colours, reinforced by a golden, materially rich border, the painter Arkan Al Nawas has created a Sumerian fictional bird that exudes a strong symbolic meaning, in short, sanctity, peace and harmony among the peoples of the world.”