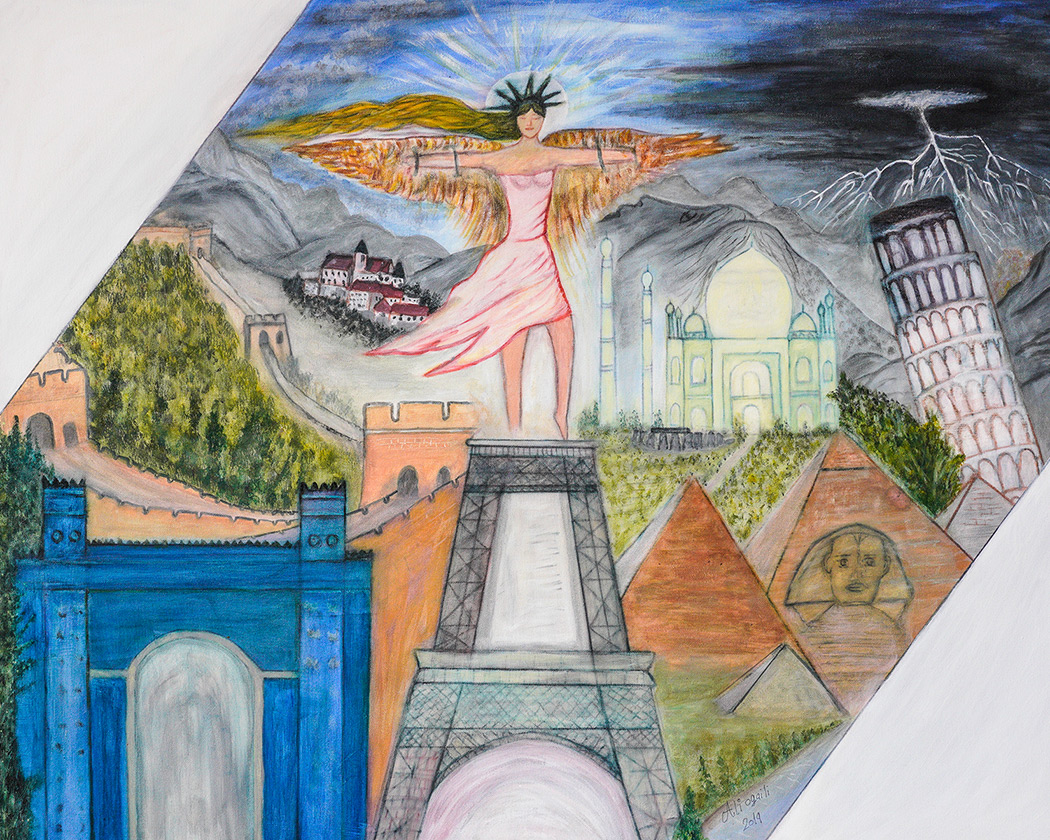 Ali was born in Iraq in 1971, he comes from a very well know and artistic family.

His father is famous in Bagdad for his glass paintings. Ali discovered his love of art at the tender age of 10 years. His father lovingly passed on to him the family tradition of glass painting. Ali has created huge pieces that be seen in churches and Islamic houses of prayer. In 1995 he was honored by the state for his creativity in this field. Between 1988 and 1993 he studied at the prestigious university of Bagdad, he also had many exhibitions and workshops all over Iraq in that time between 2009 and 2011 he received numerous commissions to paint in Christian and Islamic places of worship.2015 many of his Christian supporters and contractors were forced to leave Bagdad and Ali too made his way to Europe in this time, he now lives in Graz.