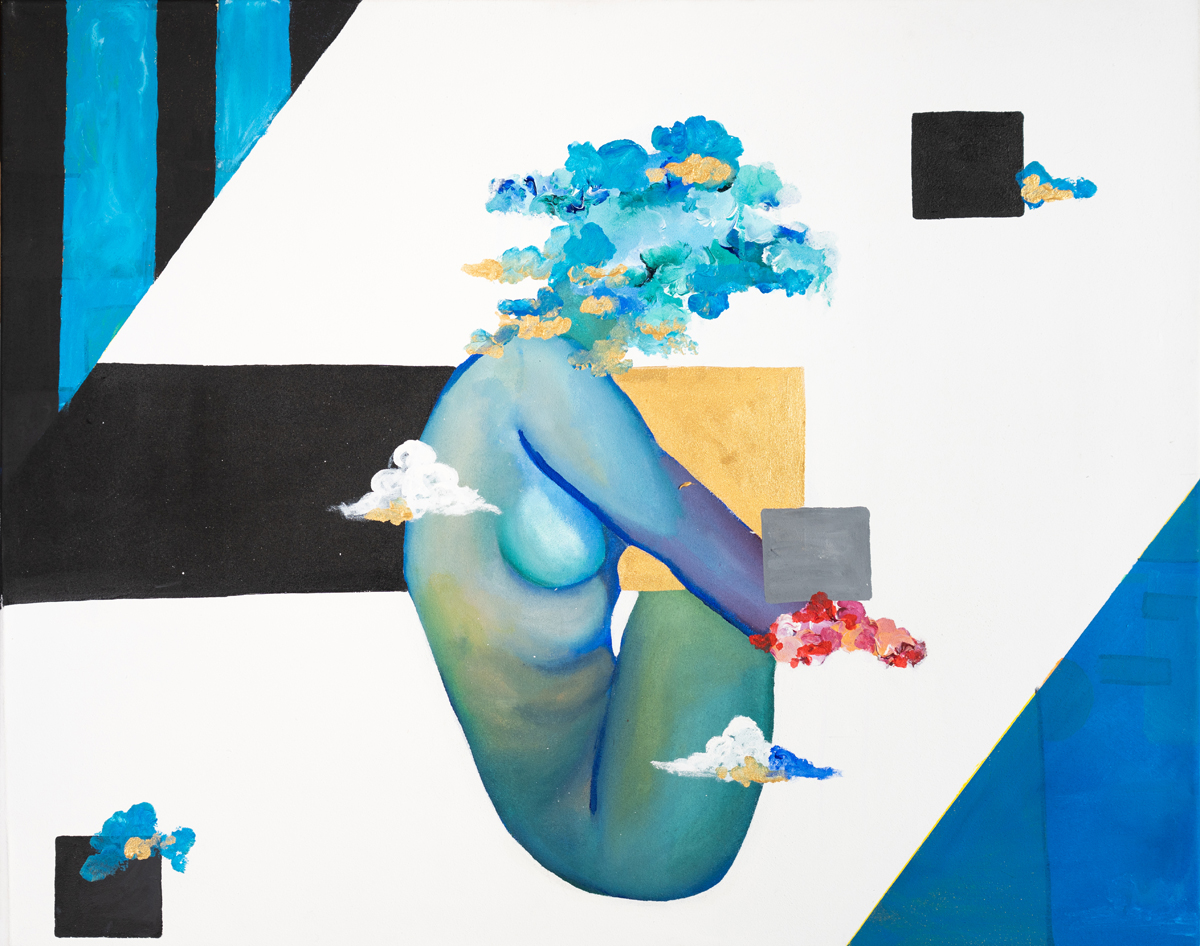 Born amidst conflict during the Cambodian coup of 1997, Adana was raised by activist parents fighting human trafficking in Southeast Asia. She spent her childhood surrounded by bodyguards, overwhelmed by death threats and kidnap letters, often having to find refuge in Laos. Growing up with survivors of sexual exploitation made her prematurely aware of some of the most brutal consequences of a despotic genocide, with her family’s social work molding her education and pushing Adana to be deeply involved, from the red light district of Phnom Penh to traveling the world and raising awareness in conferences.

Revolting against a perverse system and fed up with its social injustices, she pursued studies in law and political science in France until she was 21 years old when, suddenly, cancer forced her to endure aggressive chemotherapy and a journey of self-reflection. A battle she won, along with the discovery of a newborn talent: art. Her paintings – addressing topics such as consciousness, death, trauma, ethics, and human evolution. After her successful recovery, she landed her debut exhibition in New York followed by thirteen more exhibitions all over the world including Paris, Sydney, Brussels, Bangkok.

Known for her surrealist pictorial work, Adana is more known for her exhibitions combining art with philanthropy. In her recent collaboration with the Director of the National Bank of Cambodia, they made art history in raising $150,000 USD from local donors to donate to NGOs. This event has changed the art philanthropy culture in Cambodia.

Adana is also co-founder and President of Generation C, a socially-driven artistic movement striving for an empathic Cambodia focused on compassion, ethics, and social responsibility. This movement is the culmination of her life’s mission, to bring people together towards a convivial society while transforming each individual into a global citizen.

Recently, Adana was shortlisted for Women of the Future Awards South East Asia in the category of Art and Culture. Supported by the Director of the National Bank, The Minister of Women Affairs, and the Secretary-General, Council for the Development of Cambodia (CDC). Moreover, she also has been nominated by the Director of the National bank for other awards such as Asia 21 young leaders and the “The Forum of Young World Leaders” organized by the World Economic Forum.

This artwork represents for me basic human values which we all should have, all citizens of the world. This naked body calmly seating, waiting in the void, is a reminder of our impermanence. Our time on earth is short, we should to use it wisely

“I declare my adherence to the awakening of individual and collective consciousnesses, starting with the understanding and awareness that one has of oneself.

I am committed to fight against all manifestations of selfishness and excesses while controlling any corruption of character, megalomaniac or greed buried within me.

I pledge to stand for what’s right, to focus on the collective good and in “living together”. To take a social role that demands from me mastery, serenity, humanity, grace, simplicity, modesty, mercy, soulfulness, freedom, patience, loyalty, and gentleness towards others.

I owe to myself to distinguish myself from others, to shine in their midst, to have an ethic and an aesthetic seen as a role model by my peers.

I owe myself to magnify my life and the life of others, to make it a work of art, imprinting on the world a legacy of wisdom, compassion, and altruism.

I adhere to the principle that our greatest wealth, citizens of the world is above all our human relationships, our solidarity, our resilience and innate compassion.

I pledge to speak true, without lies, kind and appropriate to others with regard to gender, beliefs, political views, origins, sexual orientation, or social background.

I am committed to act with empathy and fairness, to avoid any wrongdoing or injury to people and animals. To respect the human being in their universality, cultural diversity, origin,  skin color or gender.

I understand we are all part of the same species, Homo Sapiens, whose lives are currently unstable and our future uncertain. In this context, I declare myself a citizen of the world, belonging and sharing the same planet.”